By Chico Harlan and Elinda Labropoulou

Greece reopens to Americans. But paradise is still under curfew. The Lindos Acropolis, on the Greek island of Rhodes, awaits the return of tourism. (Loulou d’Aki for The Washington Post)
By Chico Harlan and Elinda Labropoulou

LINDOS, Greece — In just one of Greece’s glimmering island villages, strung up like a bracelet above a glass-blue bay, everything is silent, except for the work of bringing the place back to life.

Work crews scrub restaurant patios, where soon tourists might be having grilled octopus under string lights. A painter whitens the village walls that might soon be the backdrop for so many Instagram photos. Two men refurbish the wooden doors of a boutique hotel, whose suites — if all goes right — might soon fill up again with travelers, sunburned, wine in hand, on vacation at last.

“People want to travel,” said Michalis Melenos, 69, the hotel’s owner. “They want this to come back.”

Greece is still under lockdown and dealing with a coronavirus surge, but it is trying — more fervently than perhaps any other European nation — to reboot international travel and pitch itself as the summer destination it was before the pandemic.

Aerial views of Lindos as it opens for international tourists

Drone footage from April 15 shows the town of Lindos on the Greek island of Rhodes, which usually attracted 2 million visitors a year before the pandemic. (Sergio Tsitakis, Design Farm Productions)

Already, it has lifted quarantine requirements for travelers from some 30 countries, including all other European Union members, Israel and the United States. The door for Americans opened this past week, if they can show they’ve been vaccinated, recovered from the coronavirus or had a negative PCR test.

In January, Greek Prime Minister Kyriakos Mitsotakis wrote to European Commissioner Ursula von der Leyen, saying it was “imperative” for the E.U. to devise a common, digital health and vaccine certificate before the summer season.

Vaccine passports now look like they may be ready in late June, but Greek officials say that is too late.

“We would like to disentangle our opening from the European opening,” said Greece’s tourism minister, Harry Theoharis, who in an interview called E.U. cooperation “sorely lacking.”

Greece’s interest is primarily economic: The nation relies on tourism for one-fifth of all jobs. But it’s appealing to the interests of travelers around the world — people who’ve spent a year shut inside, stifling their wanderlust, and who are now trying to figure out when, and how safely, they might be able to reclaim the joy of traveling somewhere far away and beautiful.

Hammer is a habitual visitor who calls Lindos, on the island of Rhodes, one of the most beautiful spots on earth. He first came in 1970, planning to stay for a day, and instead stayed for a month. He was single then, but he kept coming back — with his wife, then with his daughter, then with his grandchild — and he’s measured the time with all the familiarities: the goats lapping up water in the rock pool, the mornings on the beach, the taverna serving wild greens and fish.

The pandemic kept him in place for nearly a year, he said. He didn’t even go to the supermarket. But he is vaccinated now. He is ready to travel again. From theoretical tourism to reality

But reopening is complicated, no matter how welcoming a country’s policies might be. New coronavirus variants are a constant worry. Airlines have trimmed routes. Travelers might be forced to quarantine after returning home. Would-be tourists from Britain, though theoretically welcomed in Greece, are for now banned by their own government from nonessential travel abroad.

Above all, people may be anxious about vacationing at a destination where the virus is under less control than back home.

In Lindos and elsewhere in Rhodes, tourism employees noted that Israelis — though allowed to come — are nowhere to be found. In normal summer times, hundreds arrive directly from Tel Aviv every day. But now, why would they want to? Israel has flattened the curve; Greece’s cases are near a record high. Israel has dropped its mask requirement; Greeks, meantime, have been under lockdown for six months. Restaurants are closed. Moving between regions is banned. A curfew takes force at 9 p.m.

[With most adults now vaccinated, Israelis are busting loose]

“[The Israelis] already have a normal life,” said Jolanda Kappa, who works at the Kapco travel services agency in Rhodes. “We need to show them we can do the same here.”

As small as the inflow was last summer, Greek officials say they managed it well and safely, using an algorithm to test a fraction of people arriving at airports and other ports of entry. Greek officials say this year should be even smoother, because of vaccines and improved knowledge of the virus. LEFT: Locals walk in the old city of Rhodes. RIGHT: Jolanda Kappa of Kapco Travel is among those trying to bring tourists back to Rhodes. (Loulou d’Aki for The Washington Post)

The country’s hope is that it can attract about 50 percent of the pre-pandemic flow, when 34 million people would visit in a year. The country this year surely won’t regain the once-enormous volume of cruise ships and destination weddings. But it aims to exceed 2020, when it and the rest of Europe were essentially sealed off to non-Europeans, when the number of visitors plummeted 80 percent, and when scores of Americans were forced to cancel their trips.

But there are also perils. Greece had almost fully suppressed the virus entering last tourist season, but this time around, the level of cases and deaths are multiples higher. The more transmissible variant first identified in Britain has gained dominance. The Greek government says it aims to relax the restrictions as the formal date for a broad reopening, May 14, approaches. But given the link between mobility and infections, that could allow the virus to spread. For now, only 16 percent of the Greek population has received at least one vaccine dose.

[Americans may be able to travel to Europe again this summer. Their hosts may not be vaccinated.]

“We all want to go someplace. The economy needs it. But it would be fooling the general population to think it doesn’t carry a risk,” said Flemming Konradsen, director of the school of global health at the University of Copenhagen. “If everyone is vaccinated above the age of 16 or 18, at both ends, those who come and live there, of course you reduce that risk. But that is not going to happen.”

One reminder of how a vacation can be ruined sits one hour by car from Lindos, in the center of the island, up winding roads, past goats and sheep, where a Swiss chalet-type hotel is nestled in a forest of fir trees. This is the designated isolation site — a place for tourists who test positive or are exposed to a positive case. The facility’s staff will be wearing protective suits. Guests will be confined to their rooms.

The rooms have small balconies, the beach and sea almost indiscernible in the distance. TOP LEFT: A hotel in the center of the island may be used to isolate tourists who test positive for the coronavirus upon arrival. TOP RIGHT: Staff will wear protective suits. Guests will be confined to their rooms. BOTTOM LEFT: A woman sits outside a jewelry store preparing for the return of tourists. BOTTOM RIGHT: Small boats are chained up at a closed beach restaurant in Lindos. (Loulou d’Aki for The Washington Post)

On the island of Rhodes, which normally gets 2 million tourists per year, nobody yet knows when the Israelis might arrive, or the Brits, or the Americans, or even the Germans, who typically make up the largest group of visitors. So far, bookings have been slow. People could make plans at the last minute, later in the season. But for now, most hotels haven’t yet reopened.

“I still cannot see the future,” said Tsambika Kalantzi, a jewelry shop owner, who said she’d been dealing with migraines and bloodshot eyes, something her doctor attributed to the stress.

Last week, there was at least one group that had arrived: 187 Dutch tourists, staying at a single beachfront hotel — though they weren’t allowed to step foot on the beach. They’d come together on a packed plane. They’d gotten tested twice beforehand. They were sponsored by a Dutch travel agency, and given clearance by the Greek government, for what amounted to an experiment in ultra-secure, mid-pandemic tourism — a trip coming just days before Greece dropped quarantine rules for fellow Europeans. The travelers were on vacation, but they were barred from leaving their five-star hotel. They were in an eight-day, 399-euro bubble.

“Contributing to the safe reopening of Greek tourism,” the hotel, the Mitsis Grand, had said on social media. “The summer you deserve is here.”

Across the island, tourism workers and shop owners found the trip perplexing, even counterproductive. The Dutch were eating all their meals in one place, spending all their money in one place. Still, those in Rhodes took the trip as proof of at least one encouraging aspect: People were desperate to travel again. LEFT: The gates of the old city of Rhodes open up onto the sea. RIGHT: Margje Beekenkamp, a Dutch tourist, speaks to Washington Post journalists from within the bubble of the Mitsis Grand Hotel. (Loulou d’Aki for The Washington Post)

When the Dutch travel company, Sunweb, announced the trip, 25,000 people applied in less than 24 hours.

“Some people cried on the telephone” when they were told they had been selected, said Martine Langerak, a Sunweb representative who accompanied the group. They were so overwhelmed, “they couldn’t even spell their names.”

Upon request, one afternoon last week, Langerak brought one of the Dutch travelers to the gated entrance of the hotel for a conversation with Washington Post journalists — who were asked to stand 10 feet away, behind a gate of their own. The traveler, Margje Beekenkamp, said she’d been a lifelong “sun lover” — and she’d had a year much like everybody else: indoors, work events canceled, Zoom calls, family stress. She’d applied for a trip along with a friend. Now they were playing tennis by day and having ouzo at night.

“We actually have a doubles match tomorrow” with some friends they had made, Beekenkamp said.

Behind her, some of the Dutch travelers were out on their room balconies — shirtless, drinks in hand. Others were at the pool. Beekenkamp was wearing a sundress and flip-flops. Everyone was willing themselves into summer mode, though it hardly felt like summer. It was windy and 63 degrees.

At one point, as Beekenkamp spoke, it was almost hard to hear.

The arch of the hotel entrance was amplifying the wind. The distance was making things worse. The village of Lindos remains nearly empty. (Loulou d’Aki for The Washington Post)

Safety protocols in Rhodes during COVID-19

“From April 15, Israeli tourists in Rhodes, if we have open shops…”! 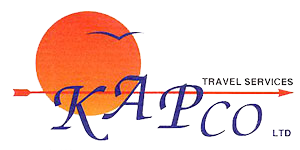 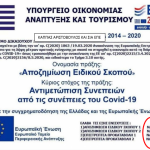